“The man who is not dead still has a chance.” 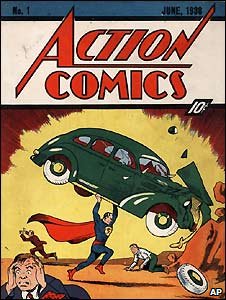 Holy Mackerel! It’s time to check the loft, the garage and the back of the shed!

This comic, in which Superman makes his debut, has just sold at auction in America for £995,000. In June – 1938, when it was first published, the price was just 10c. Those were the days, Clark Kent would be spinning in his Kryptonite if he could see today’s Superheroes….

Come on the Dutch!

One of the best bets around at the moment is our new phones. The first samples arrived yesterday and we are so thrilled we’re wearing our underpants over our trousers.

And you don’t need X-RAY vision to see that the quality is superb. They’re already winging their way to Uganda and Namibia, with Somalia to follow…

That’s unless we are snowed in again. There’s been a mix up somewhere – March is supposed to come in like a lion and out like a lamb – NOT the other way around!

My thought for the day:

All blogged out as clouds gather… 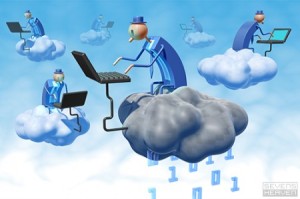 So now a report from the US states that blogging for the young is a thing of the past:

‘One student said teenagers had lost interest in blogging because they needed to type quickly and “people don’t find reading that fun”.’

BUT, it is good news apparently for the mobile phone industry. Ex-bloggers would rather send short, quick messages via internet links on their phones.

We have more snow here, it’s not such a novelty anymore. I’ll be glad to get to Barcelona next week for a change in temperature – it’s been a long winter.

We also have low cost sim cards available. An absolute must for all those teenage cloud computerholics out there! 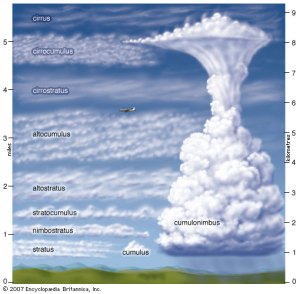 The coldest place in Britain yesterday was -17C in Woodford – just 5 miles away from us. It’s so cold your breath freezes on the inside of the windscreen, and the gearbox has frozen stiff in the Mini. 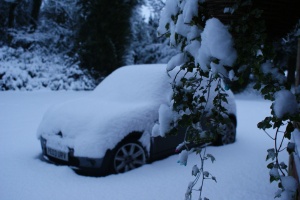 Not quite as cold as the coldest place on the planet, Vostok, Russia at -89C.

So, as the country has ground to a halt, it’s lucky I am on the other side of the world and wallowing in +40C! 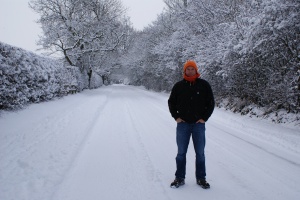 It is raining in Jakarta though, so golf was off the menu!

I’m looking forward to hooking up with my good friend Denis from the mother country, and then meetings all next week  in China with clients and suppliers. I’m looking at the latest top quality handsets which will be badged in our livery and shipped post haste, to our Bric chums…

Oh, and I have to try and squeeze in a trip to the Mulberry factory, not that I need any new handbags, but Her Indoors doesn’t seem to need any excuse!! 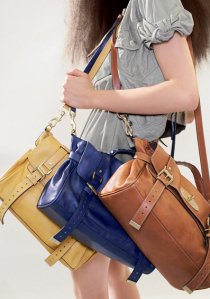 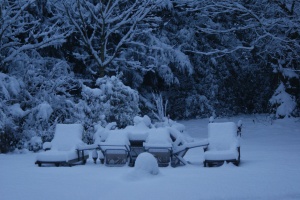 The view from our house this morning. Chaos here. All airports and major roads closed. The kids’ schools shut. 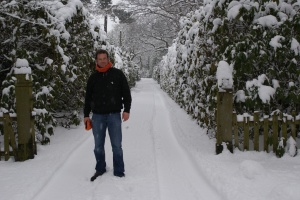 The Mrs and Me – off sledging!! 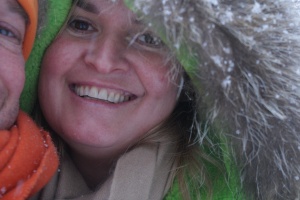 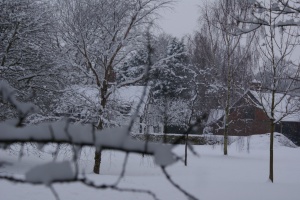 I’m not being a grinch, but that did go on and on and on… there’s only so many mince pies and in-laws I can digest. And round this way the ground is frozen harder than an eskimo on a motorbike, which of course means that any escape to the golf course was completely out of the question! 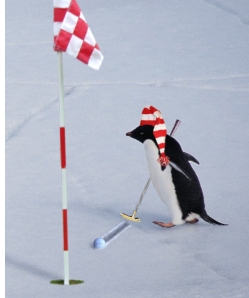 I have got very positive vibes for the months to come, despite the doom and gloom on all the news channels, we have orders in the pipeline…

I am off to Hong Kong next week to meet manufacturers, testing new products and looking at some very exciting new kit.

‘Say yes to everything’

Ten days and counting. Christmas is a little over a week away, but you wouldn’t know it in our house.

Santa’s Grotto it is not.

I think we’re going for the minimalist look.

The Christmas Spirit seems to exist only in the egg-nog at the back of the drinks cupboard.

There’s no tree/tinsel/baubles or holly.

But. There is snow. Tomorrow. It’s going to snow. The salt mine five minutes down the road supplies all the grit for all the roads in the UK when it snows. Winsford. You never need to go there, but it’s famous for salt, and the factory is open 24/7 this week. It’s going to snow.

And what more could you ask for under the tree this year than the PMB phone of the year?!

LET ME KNOW YOUR NEW YEAR’S RESOLUTIONS! FANTASTIC PRIZE FOR THE BEST ONE.

Wonder what my buddy – Tiger’s resolutions will be – twelve over par – natch!