HAPPY BIRTHDAY TO US!

It’s all been rather busy at HQ. What with moving house and several international business trips – it’s all go!

I recently returned from Jakarta, Indonesia, where there was a lot of interest in our Social Networks Solution software,  the take up for this will be fantastic, so anticipate a return trip in the next few days to cross some ‘t’s etc… I’ll probably call in on a new client in Cambodia, and the CommunicAsia Fair in Singapore. Seems the pull to the Far East has overtaken you guys in Africa. Just when there was a little football tournament going on there as well! COME ON THE DUTCH!

Anyway, can you believe it? It’s our birthday. We are one year old this week. Feels like ten years. Our feet haven’t touched the ground, and hand on heart we couldn’t have asked for a better start.

Business has snowballed, far exceeding our expectations, especially in the current financial squeeze. So a big thank you to all our customers out there. As my friends in the Redskins might say – Keep on keeping on. Maybe we should have a party to celebrate?

Signing off here, have a tender to check for tomorrow. No peace for the wicked…. 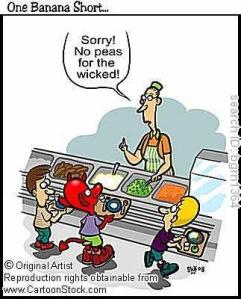 Fate is not an eagle it creeps like a rat…

We’re moving house. Nightmare. My job was to clear out the garage. Mainly because the garage has been home to some not so cuddly, small, furry creatures. I swaggered bravely to the back of the garage and used a broom handle to gingerly poke a pile of blankets.

The little rastards have eaten their way through half a yoga mat, a garden umbrella and my treasured golf bag which was decorated with badges from all the clubs in Africa I had played at. Gutted, but relieved that the rotten rodents seem to have flown the nest. But that means they are somewhere else.. Where?!

Indonesia beckons. I leave on Monday for a week of meetings and talks re a possible new scratch card contract and the phone software, is gathering momentum.

Indonesia is the fourth largest country of the world, in terms of population.

Indonesia is counted amongst the largest producers of nutmeg in the world.

The national motto of Indonesia is ‘Unity in Diversity’.

Indonesia boasts of thousands of islands, out of which around six thousand are inhabited.

Indonesia is home to some of the rarest creatures in the world, including miniature deer, fish that climb trees to catch insects and spiders that catch and devour small birds in giant webs. 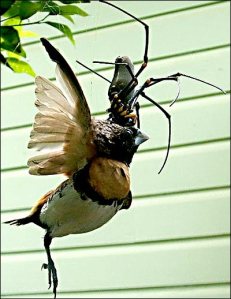 I think given the choice, I prefer the mat eating rat!

These are the words of Graham Taylor following England’s defeat to Holland in the World Cup. ‘Do I not like that.’

Excellent. I prefer this though:

It was a very simple team talk. All I used to say was: ‘Whenever possible give the ball to George Best’. Sir Matt Busby’s famous words.

Still on the footy theme, have you seen this clip from a recent Chesterfield game? Keep watching after the goal….!

Back to business and things have been really busy on the work front. This week I attended some training re social streaming and Mobile Networking Solutions for http://www.myriadgroup.com   We’ll be pushing this product to our client base in Africa & Asia.

I’m just preparing for  a trip to Indonesia, with clients there interested in our new mobile phone software solutions. Will there be time for a sneaky round of golf? I doubt it, it’s a pretty full itinerary and we’re busy at home with orders for sim and scratch cards. Not that I’m complaining! And the way I’m playing? Well, a monkey could do better. 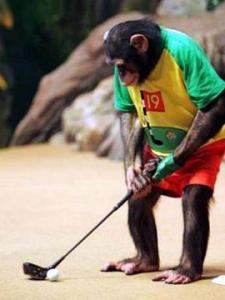 We made it back between plumes from Majorca. It was all a little nerve-wracking. Ryanair has just grounded two jets at Belfast having found volcanic ash in their engines. To be honest, I was more worried about the hazards in the cabin. Two braying stag parties competed for the attention of a dozen Scouse lasses on a hen do.

Chanting, jeering, belching drunkards, and that was just the girls. Which reminds me:

Bloke was sitting on a barstool, drinking a pint, at Heathrow airport, when a really beautiful woman sat down next to him. Bloke thought to himself, “Wow, she’s so gorgeous, she must be a flight attendant, but which airline does she work for?”

Being a bit of a know-all and hoping to pick her up, he leaned towards her and uttered the Delta slogan, “Love to fly and it shows?”

She gave him a blank, confused stare, and bloke immediately thought to himself, “Damn, she doesn’t work for Delta”.

A moment later, another slogan popped into his head. He leaned towards her again, “Something special in the air?”

She gave him the same confused look.

He mentally kicked himself and scratched Singapore Airlines off the list.Next he tried the Thai Airways slogan, “Smooth as silk”.

We stayed in Pollensa. There weren’t many hen parties there, but hoards of old ladies with zimmer frames and purple perms, with veins to match.

The weather was fantastic. Made us realise just how long our winter has been. We’re having a serious think about shipping out. Just for a few months. Just to get over the bloody winter. Pipe dreams. But with a laptop and phone each, why not? Global villages.

Anyway, back home, to the rain and central heating and political chaos. What happened to you all? Clegg didn’t manage to convert all the hype, and you Brits aren’t as liberal as you’d like to think you are.

Tough times ahead with all the Clubmed Countries on the brink of bankruptcy.

We’d all like to vote for the best man but he’s never a candidate.

Back from Egypt now. I think it was Egypt anyway, only there for 24 hours and didn’t venture from the hotel. There just wasn’t time. The meetings went well, orders were placed, and there are more samples and demo kit on their way to our customers. The new products were well received, so we were really pleased about that.

I wasn’t very pleased about the volcanic ash cloud on the way home though.

Several UK airports were closed again. I certainly didn’t want to be marooned in Paris, especially when we’re off to Majorca in 24 hours on our postponed weekend away… Postponed as a result of the last volcanic ash fracas.

(Icelandic Volcano? I thought the dust was coming from Man City’s trophy cabinet!) I think it’s too soon to make jokes about the Icelandic volcano…we should at least wait until the dust settles.

We’ll be missing fall out of another kind anyway. The election looms and as I cannot vote, I am canvassing her indoors. She would of course be mad not to vote LibDem, and no, not just cos it’s all about the orange. However, in our constituency there is a candidate standing for The True English (Poetry) Party.

She’s threatening to vote for them. And I don’t think she’s winding me up.

The Cheeky Girls, famous of course for being the escort of Lembit Opik.

As you know, I don’t need any excuse to wear orange,  but today, all the daft Dutch in the world can go mad. I have to get my hands on one of these, uh huh huh:

This is a typical occasion for oranjegekte (orange craze), when the colour orange is a ubiquitous sight, referring to the name of the Dutch royal family, the House of Orange. There are orange banners, orange coloured foods and drinks, and extreme amounts of orange clothing and creative accessories are worn as well. Sometimes even the water in the fountains is dyed orange.

This is a great site to learn more about our weirdness:

And just to finish off, you can see what a class event it is by watching this video:

If you have been following the election here in the UK you will know how important the televised debates have been. The LibDems were nowhere before the charismatic appearance of Nick Clegg on the first debate.

Twitter, and other networking sites went bonkers. Thousands of comments from members of the public as well as journalists and political commentators had a huge impact on the way the second debate was played out.

Interesting that neither Gordon Brown, nor David Cameron are Twitterers.

David Cameron was quoted last year saying ‘too many tweets make a twat’.

Hugo Chavez, the leader of Venezuela has a Twitter account. His first tweet appeared on his chavezcandanga account in the early hours of Wednesday morning. A few hours later, 29,000 followers had signed up. His communications advisors are hoping for 7 million more. And who can blame them? Delivering his weekly TV show Alo Presidente, Mr Chavez once went on air for eight hours and 15 minutes without a break. Try doing that with 140 characters or fewer.

My meeting in Egypt on Monday – very topical!

Tilting at Windmills
Blog at WordPress.com.